I was reading Pat Killingsworth's latest article in this week's Myeloma Beacon, and one of the comments was from a newly-diagnosed MM patient in New York named Mike.  He had just progressed from Smoldering Myeloma to the real deal, and had decided to sign up for the MLN9708 clinical trial.  Naturally, he was scared and confused, so I reached out to him to tell him I was in his same situation 6 months ago and to support his decision to take this route.  He emailed me back saying he got a second opinion from Ken Anderson at DFCI (good choice!), who agreed with his doctor's recommendation to enroll in the trial.  I let him know how well I am doing and hope the same for him.  I hope he keeps in touch.  I'd really like to know how things work out for him.

Pat Killingsworth's new book, Stem Cell Transplants from a Patient's Perspective, just got published.  I got an email from him saying that pre-release copies are available, so I ordered one.  It came today, so Gretchen and I started reading it.  It's a bit discouraging knowing that Pat's transplant didn't work, although I think I'm in a much better situation going into this than he was.  If Pat's experience is any guide, I'm in for quite a ride.

It is slowly dawning on me what a big deal this whole procedure really is.  I scanned through the information guide book we got from DFCI on transplants.  I was struck by the amount of attention given to the importance of the caregiver, how difficult this will be both physically and emotionally, the need for a clinical social worker as an active part of the care team, and the numerous side effects, not to mention the weeks and months of recovery time. 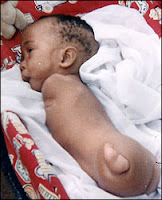 In order to kill off all the bad myeloma cells, I will be given the chemotherapy agent, melphalan, prior to transplant.  This is a nitrogen-mustard compound, similar to mustard gas used as a chemical warfare agent in World War I.  Nice!  Just like Revlimid is derived from thalidomide, which many of you of a certain age will remember caused deaths and birth defects in babies back in the early Sixties.  I guess if these agents are good enough to kill people and maim babies, they're good enough for me take for my MM.

Why am I considering doing this again?

We will be meeting with Dr. Richardson in two weeks, the day after we return from our week's vacation in Arizona.  I'm already compiling a mental list of questions and concerns to discuss with him then.  How are the other MLN9708 clinical trial patients doing?  How many of them have opted for a transplant?  Do I have to do the transplant immediately after stem cell collection if I sign up for this new clinical trial?  How many more cycles of the MLN protocol might make sense, if any? This is just a start.

We went out for Sunday dinner with friends of ours, Barbara and Andy.  Andy commented on my blog by noting that I am wont to sprinkle a plethora of TLAs throughout my posts...Three Letter Acronyms.  I plead guilty.  I will try to make it easier on you in the future by either spelling things out or reminding you of the definitions as I go along.  All the literature on this stuff fairly bristles with TLAs, so it's easy to get caught up in the madness.
Posted by Bill O'Halloran at 10:55 PM